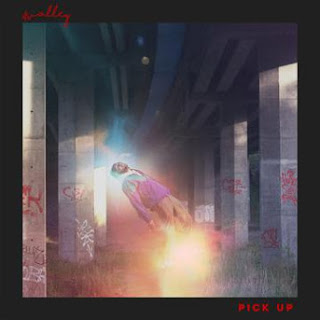 Watch the new passionate music video for "PICK UP" by 4Valley, premiering today May 16th!
It's FIRE!!! 🔥
I made this song during a time that felt very strange to me. Little did I know we would be stuck in a pandemic a few months later... The song paints a picture of how crucial it is to help each other during our low moments. Even the smallest pat on the shoulder could be someones Pick Up. It felt therapeutic making this song, which is a part of my coming debut project "Darkboi Dummy". - 4Valley
An independent artist from Oslo, Norway, 4Valley has been creating music from both ends of the production since late 2018, where he does it all, from recording to mixing and mastering. With his latest single "Pick Up" being released in March, 4Valley has already managed to become a relevant topic in the Norwegian music scene, with coverage from multiple blogs, radio listings and by the likes of "TDE" Engineer, Derek "MixedByAli" Ali.
Follow 4Valley:
Instagram | Facebook | Twitter | YouTube | Spotify | Apple Music
Hip Hop Music Videos